Yemen is one of the oldest inhabited regions in the world, with a history dating back over 12,000 years. The country’s location on the Arabian Peninsula means it is of strategic importance to shipping, and remains at the centre of the global spice trade. As a result, successive empires have fought for its control, including the Mamluks of Egypt and the Ottomans of Turkey.

In 1839 the British annexed the port of Aden, and later extended their ‘protectorate’ to surrounding areas. When they withdrew in 1967 the country divided into the Yemen Arab Republic (North Yemen) and The People’s Democratic Republic of Yemen (South Yemen). The two were unified as the Republic of Yemen in 1990. 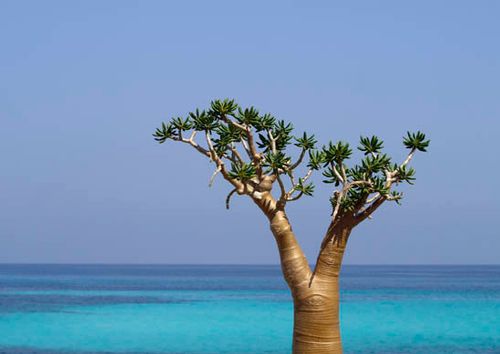 Yemen is situated on the Bab el Mandeb – one of the most active shipping lanes in the world. Neighboring countries include Saudi Arabia and Oman. Most of the land is desert with some coastal plains, flat-topped hills and rugged mountains.

The ‘secret’ island of Socotra was declared a UNESCO World Heritage Site in 2008 due its ‘universal importance to biodiversity’. 37% of Socotra’s 825 plant species, 90% of its reptile species and 95% of its land snail species are entirely unique. The island also boasts significant populations of seabirds and marine life, making it an increasingly popular destination for eco tourism. 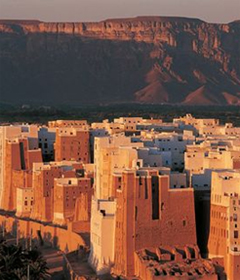 Yemen has four UNESCO World Heritage Sites, including the walled city of Shibbam and the historic town of Zabid. The sun dried, mud-brick towers of Shibbam, constructed in the 1500s are sometimes referred to as the ‘Manhattan’ or ‘Chicago’ of the desert.

Yemeni crafts include basketry, jewellery, leatherwork, wood carving and embroidery. The country also has a long tradition of music and poetry. A form of improvised poetry known as dan (where singers sing a tune and poets devise impromptu lyrics) is particularly popular at social gatherings. 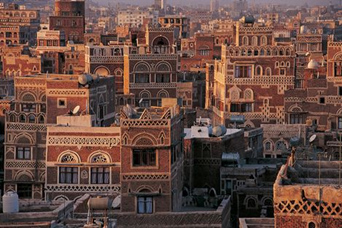 Central Intelligence Agency, USA (world factbook, giving in depth, up to date information on every country)

Official Tourist Board for The Republic of Yemen

(all images from the World Heritage Site web pages)