My time in Yemen. By Salah Kassim 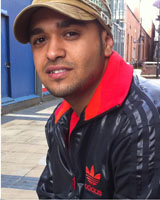 It was end of December 2012 and the weather in Yemen was supposed to be perfect for one wishing to visit. I remember been at home in Eccles, it was a miserable, dark, wet & chilly evening when me and my wife started talking about Yemen and how much we missed the country, our families and the beautiful weather. We started joking about packing our bags and flying out asap, two minutes later the laptop on my lap we were searching flights to Yemen, it beggars belief that within 5 minutes we had paid for a holiday to Yemen to depart mid-Jan 2013 returning mid-March for me, my wife and 2 children (Rhian was 18 months old and Sami was only 4 months old at the time). You can imagine how the long hours sitting in the plane panned out with the kids crying, kicking, wet nappies, spillages Etc… My view was that we were the family having fun on the plane but from the looks on the faces of the passengers I think we were more like the family with annoying kids on the plane and to be honest I enjoyed seeing passengers trying to sleep because as they would close their eyes my kids would let out a loud cry. This was something I had trained my kids to do and when a plan goes to plan the feeling is satisfying.

We travelled from Manchester airport to Aden international airport where we were greeted by my wife’s family.

When we exited the airplane I was given a few arrival cards to complete, I chose to complete the side that was in English as I could complete it quicker. I handed the cards over so I could get my passports stamped and exit but the man behind the desk wearing a thick moustache and a soldiers uniform with a collection of badges on his chest/shoulder started laughing saying: “You think I went to English classes, I can just about read & write Arabic never mind English” his colleague ended up completing the cards for us in Arabic, stamped the passport and handed them over but he had a firm grip on the passports, he let out a quite cough & whispered: “Do you have anything?” I snatched the passports and said to my wife: “Wow! Here we go, this is going to be 2 months of give me, give me”.

We moved into the next hall to collect our luggage, I started to stack our luggage on the trolley noticing that somebody had tried to play noughts and crosses using chalk on my bags. As I pushed the trolley a man stopped me and said: “open the marked bags.” I was annoyed and asked him: “what’s the reason? He replied: “open it or just pay and go, you’re the last passenger we want to go home,” wow another guy just wants to eat, I said to myself. I stood firm and told him unless he told me what he wanted to see in my bags I was not going to open them for him and that I wanted his full name, his manager’s name and a contact number to make a formal complaint. We argued for a few minutes and then his colleagues were saying to him: “let him go we aren’t getting anything from him, we will respect that he has a family with him, let him go”.

I was only in Yemen for about 15 minutes and I already wanted to catch the next flight back to the miserable, dark, wet & chilly weather in Eccles. One funny thing about driving from the airport to my in-laws house in Aden was that my brother in-law had his friend (a shifty looking character) follow us in a motor bike but I had no knowledge of this. I kept looking back and thinking “It’s 4am, what the hell is a man on a motor bike doing following us!?”, I started to think this was a plot to either rob or kidnap us. I was going to be a hero I had it all planned out in my head, I was going to jump on the roof of the car, do a commando roll and fly Kung Fu style onto the motor bike, worthy of an Osca award just for the imagination.

On arrival at my in-laws house in Aden I met the family, young and old, people I knew and people I’d never met before but it was nice to get to know them and spend time with them. I spent nearly 1 week in Aden and have to say it is beautiful and clean, had nice sights and just a peaceful city. We visited numerous beaches, Aden mall, the evening markets, theme parks etc. I enjoyed taking the family out in the evening when the weather was cool, nightlife was amazing and most importantly safe and friendly.

I travelled on my own to Al-Dalae to see my side of the family; they had no idea we were in Yemen. I approached our family home and the joy on my families face was priceless.

My wife and kids ended up coming to my family home a few days later after I arrived; we stayed for about a week and then ended up returning to Aden. During our 2 month stay we enjoyed travelling back and forth from Aden/Taiz/Ibb/Al-Dalea & Hamam Demt. The only regret I have is not going to Sanaa to Baab Al-Yemen although we have been many times before its still a beautiful & must visit place when visiting Yemen.

I took time to go to Taiz and visit my friend Nooradin Ahmed who is currently teaching there. I enjoyed a few days stay in Taiz and have to say a massive thank you to Nooradin for his hospitality and for taking time away from his family to show me a good time. One thing I wont forget is when we went to the local Sauna. We entered a door and walked down some stairs which led us underground, they had numerous rooms, each room hotter than the one before. Nooradin led me to the hottest of the lot, few minutes later I am sweating, thirsty and struggling to keep my feet on the floor as the floor had under floor heating (hot coals), we spent about 15-20 minutes in the room. Nooradin called an employee over who then put this brown type paste all over us (looked like Henna) this was some sort of cleaning solution. After 10 minutes we cleaned ourselves and moved into a another room, the employee followed us and threw a large bucket of ice cold water over us, If I knew what was coming next I would have ran out at this point or the very least threw the employee in the hottest room and locked him in but I was literally frozen in one place. After a few minutes once my brain was functioning properly we got changed I was ready to leave BUT the session was not finished, we had one more thing to do before we were done, I had a Yemeni style massage to look forward to. There was no table to lay and relax on, there was no oils and it was definitely not a massage, I lay on my front and the guy lay into me like I had committed a sin, knees, elbows, feet & heels all hitting my back at once. He yanked my feet in the air, pulled my arms in a position they are not meant to be, twisted me here and there, twirled me in a circle round & round a few times. Hand on heart I heard at least 100 cracks from every part of my body, once he finished I just stayed there for at least 30 minutes before I left with a banging headache which lasted days. Would I do it again??????? Yes I would, but only to get my own back on that employee because I don’t believe that what he did was part of the service, I am sure Nooradin played a trick on me. Overall a very enjoyable yet brutal experience.

Every country has its positives and negatives but to be honest the more I stayed in Yemen the more I understood why these people were using the hand out phrase “give me, give me” so to speak. Yemen is not a rich country, far from it. The poor in Yemen are only trying to make ends meet and if it means asking for hand-outs or begging then I have to respect that because at the end of the day they don’t get any sort of benefits mostly are unemployed.

I grew accustomed to this and when poor people would approach me I would chat to them, get to know there circumstances and do my best to help them. Hand on heart my overall experience in Yemen was mind blowing, I got to meet so many people varying from the poor, the rich & people in power and to be honest the thing that hit me most was that the poor were the happier of the lot and most down to earth.

My holidays to Yemen from now on will not only be to visit family, friends & sightseeing but most importantly to give me the opportunity to help the needy, make a difference and help them with their struggles as much as I can. Recalling my memories I see the smiles of those who appreciated me the most, the ones who through hardship & struggles still smile and go by their daily lives only asking for help from Allah to provide their provision not knowing if they will be able to put bread on the table for their family. 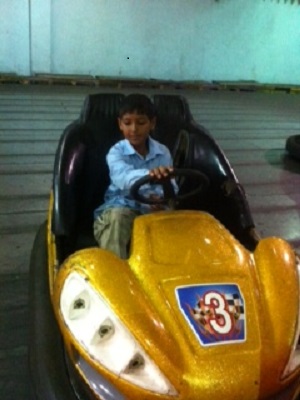 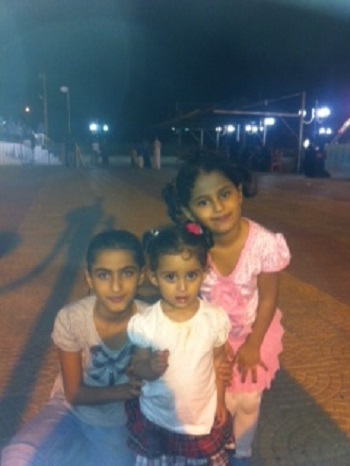 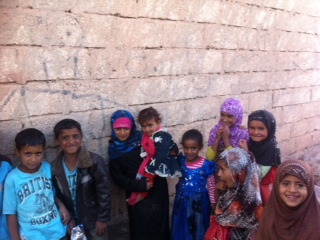 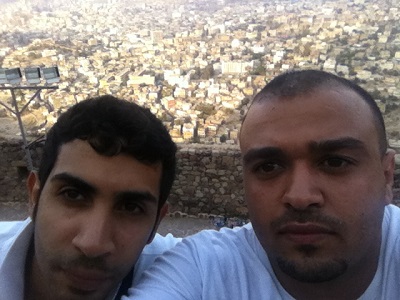 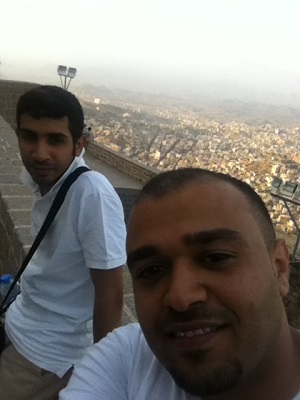 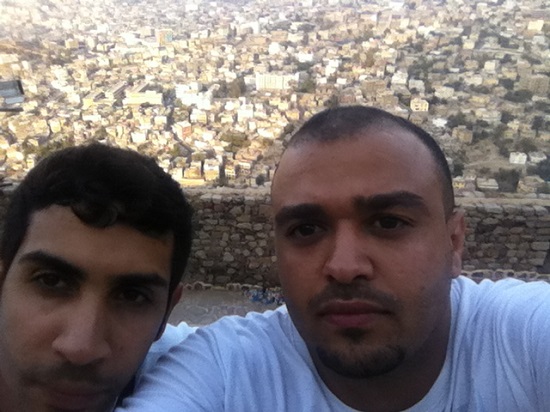 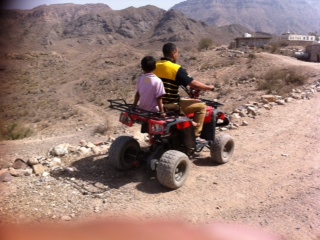 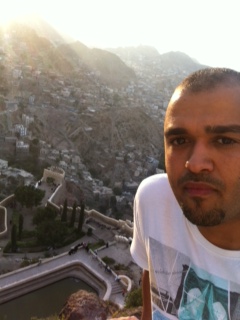 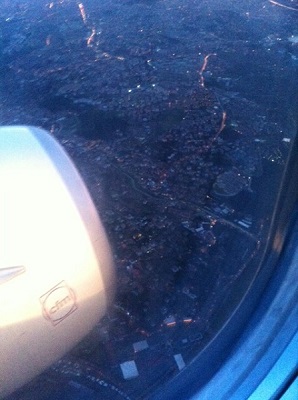 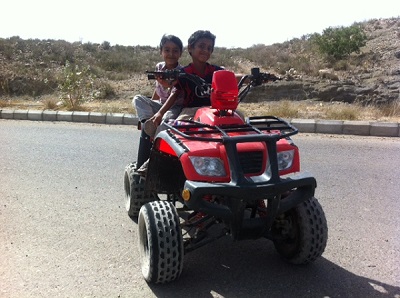 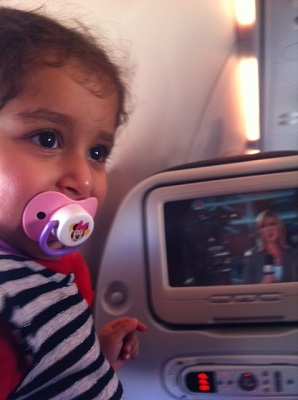 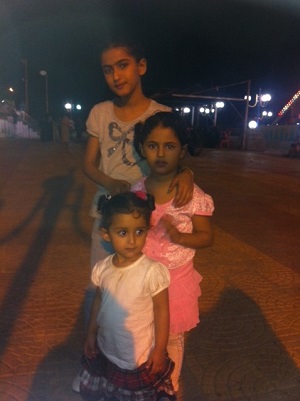 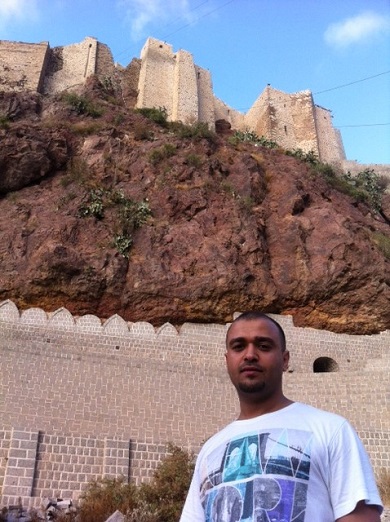